Bring on the Empty Horses - a review

Bring on the Empty Horses 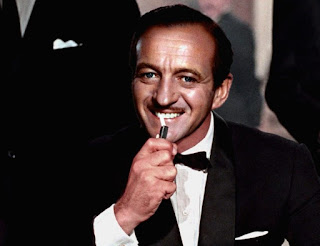 Imagine you’re at a classic Dinner Party, and it’s after the meal.  Relaxing with Coffee and what have you, you find yourself sitting with David Niven, and you ask,
“David, tell me how it was Hollywood, just a few stories, please?”

In this book, Niven does just that.  For those of you who do not recognize the name, David Niven was an actor from 1932 to 1982, the year before he died.  He started out as a film extra, including a part as an uncredited “Able-bodied seaman” in the 1935 “Mutiny on the Bounty”, a role also shared with Jimmy Cagney, and one which starred his fishing buddy Clark Gable.  He rose thru the ranks, mainly thru a contract with Samuel Goldwyn Studios, and appeared or starred in such films as “The Bishops Wife”, “Dawn Patrol”, “Please Don’t Eat the Daisies”, “The Guns of Navarone”, as the title role in “The Pink Panther”, and the 'original' James Bond in the 1967 version of “Casino Royale”.   He was also supposedly the only British Actor in Hollywood to put his career on hold to go back and enlist in the British armed forces when world war 2 broke out. 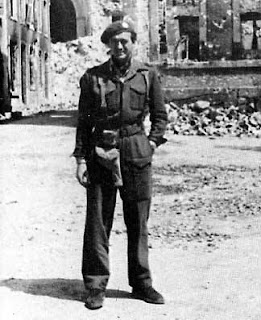 Niven's autobiography, “The Moon’s a Balloon” was released in 1971 and sold over 5 million copies.  There are a couple of anecdotes that I recognized from the autobiography, but most of the content in “Empty Horses” is brand new.  It should also be known that are two chapters (‘Our Little Girl’ parts one and two) where care is taken not to reveal the identities of the main subject.  The second of the two a harrowing story of Niven being dragged in to care for an actress undergoing a full-blown mental breakdown, since the publication of this book sources have revealed the actress to be Vivian Leigh, suffering a bipolar episode.

David doesn’t hold back. There of Chapters of joy and chapters, such as the two mentioned above, of sadness.  He reveals a softer picture of Clark Gable, the joy of Fred Astaire, and the sadness inherent in the life of his close friend Errol Flynn – “He was not a kind man, but in those careless days he was fun to be with, and those days were the best of Flynn.”

But of what this makes “Bring on the Empty Horses” enjoyable for me was when I was reading it, I could hear Niven’s voice in the words  (and if you buy the audio version you can too!).  I highly recommend this book for the behind the scenes stories of Hollywood from the 1930s to around the mid-sixties.  There are stories about the system, Hearst Castle (although to be fair, the stories of Hearst Castle are funnier in “Harpo Speaks”), and the celebrities of the time – oh, the celebrities, Clark Gable, Cary Grant, Greta Garbo, and Humphrey Bogart are just of few you will find sections on, not to mention a cameo by Candace Bergen.  You will visit the Brown Derby and Romanoff’s, and visit with Hedda and Louella. 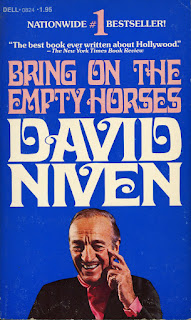 Enjoy!
And now I find I’m halfway thru the #ClassicFilmChallenge!